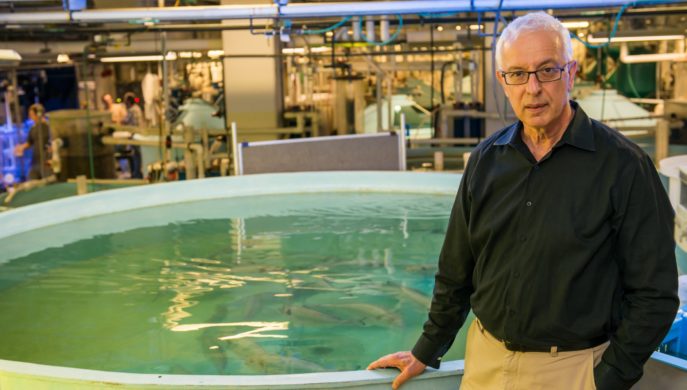 In particular, NCRN – which launched on Sept. 1, the date that it first received money from NOAA -- hopes to improve RAS-related workforce development, addressing a common complaint among land-based salmon companies. Zohar’s university also intends to hire an extension agent to help manage the program, while staying on top of RAS salmon-related research.

A NCRN website will be developed and a white paper could come as soon as September 2020, identifying technological and biological gaps to success, barriers to efficiencies, and research and development priorities, Zohar said.

Later, at the end of the project, the plan is to “deliver a consensus road map/strategic plan and demonstration projects that will help policymakers, federal agencies and industry identify and responsibly allocate resources to promote an economically feasible and environmentally sustainable land-based US Atlantic salmon industry”, he said.

NCRN will include representatives from as many as 25 different companies and organizations.

In addition to American Salmon, a company planning to build a RAS salmon facility in rural Cordova, Maryland, as featured recently by Undercurrent, the new group will include representatives from: Whole Oceans, in Bucksport, Maine; Superior Fresh, in Hixton, Maine; Riverence, in Rochester, Washington; and Kennebec River Biosciences, in Richmond, Maine. 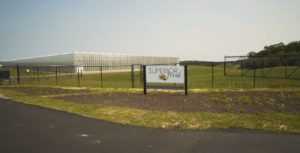 The group, which contributed its own $1.2m to the effort, will also include several representatives from the University of Maryland Center for Environmental Science, Morgan State University, the US Department of Agriculture’s Cold Water Marine Aquaculture Center, and the Conservation Fund’s Freshwater Institute.

More than $1 billion invested in salmon RAS in US

Today the salmon RAS industry in North America is a tiny blip on top of the larger international salmon aquaculture industry, producing only about 5,000 metric tons  of fish per year, sources estimate, but there is more than $1 billion invested in salmon RAS in the US, so the industry is about to get much larger, Zohar said.

“It’s a boom. It’s a surge. This is why we think this grant is so timely,” he said. “It’s important to make sure this surging industry is going to be a success.”

NRCN’s research could be “critical in terms of promoting industry development in the United States”, agreed Nordic Aquafarms president Erik Heim about the project in a statement shared by the University of Maryland.

“It’s still a very young industry here. There’s a tremendous development potential as we see it. There’s a learning curve in the industry. This kind of research can disseminate knowledge and lower the entry barriers for new players as well as help established players grow.” 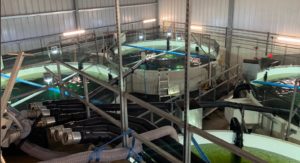 The funding mechanism for NRCN is an old and established resource for the seafood industry, dating back to the passage of the National Sea Grant College and Program Act, signed by president Lyndon Johnson in late 1966. Similar to the US’ much older Land Grant program, it relies on the work of 33 universities across the US, including eight in states that border the Great Lakes and one in the US territory of Guam, as reported earlier by Undercurrent.

Its funds have been used on everything from combating invasive ocean species off the coast of Alaska to teaching Gulf of Mexico shrimp fishermen how to use turtle excluder devices. As much as $72m in federal funds were made available in fiscal 2019.

NCRN is a match with the current administration’s goal to grow aquaculture in the US as part of its plane to reduce the US’ dependence on imported seafood and decreasing the country’s reliance on wild-harvested fish.